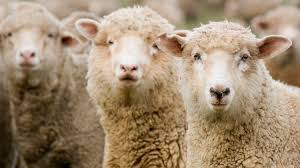 In the early 1970’s my family attended a Christian camp in Georgia named CFO. The major attractions were famous non-denominational Bible Teachers. One of them was a very well educated Englishman named Derek Prince. He was a World War II veteran, a world traveler and a captivating speaker. His English accent only added to his credibility as a teacher. He had two major themes to his ministry, one was intercessory prayer and the other was demonic deliverance.

On one occasion I heard him give a long biblical exposition on casting out devils and then he called the congregation to prayer and he began naming and casting out spirits. The entire room broke into chaos. People were screaming and coughing and some had to be physically restrained. I remained for some time in prayer but I recall leaving the meeting confused. I did not understand how that many committed Christians could be filled with demons, but filled they must have been because Derek called them out by the scores. It did not make theological sense to me that Christians can be at the same time a temple of the Holy Spirit and demon possessed, and certainly not that many and all in the same place. Perhaps a few could be harassed and maybe even controlled, but that many possessed? I harbored doubts.

Adding to my doubts, I was studying psychology at the time and had seen films on the power of group-think. I learned of positive examples like the high the crowd gets at a rock concert and negative examples as evidenced in the hypnotic speeches of Hitler and Mussolini, captivating crowds for hours.

In group-think the critical thinking skills of an individual are suspended, resulting in the greater unity of the group and giving the individual a transcendent experience as they become united with the group. It is the high a fan feels leaving a sporting event, particularly if his team wins. The unity experienced is so great that the fan will share in the victory of the team even though his feet never touched the field.

The danger of exchanging critical thinking for a transcendent experience is that the actions of the group could be wrong but not recognized as such by the group. It is the lynch mob mentality. As a group they are convinced that they are doing the right thing but if you remove individuals from the group it is much easier to convince the individual that such actions are unjust. It is the herd mentality you see when the televangelist waves his jacket and entire section of the crowd falls over or the trance like state Hare Krishna worshippers experience through their repetitive chants.

Looking back on my experiences at CFO I believe that much of it was attributable to group-think. Through intense worship together and being captivated by a gifted speaker many experienced group-think, suspended individual critical thinking and had a transcendent experience. The emotions experienced were genuine, but because it was a religious setting the emotions were attributed to the Holy Spirit. They would not have done so if they had these feelings at a sporting event or a political rally.

I certainly do believe that the gifts of the Spirit operate today. I also believe that spiritual warfare is real and that there is a role for exorcism but it is all too easy to overemphasize both the gifts and the warfare. Once I was at a clergy conference and passed by two clerics in prayer. One was laying hands the other and casting a “spirit of hangover” out of the other. I thought to myself, “He doesn’t need deliverance from a spirit, he needs to repent of drunkenness.”

I have also witnessed “gifts” used to control others through what claimed to be prophecies and words of knowledge. On another occasion I was invited to hear a “prophet” who after preaching had a personal word for everyone who wanted it. I sat up front so I could hear what he claimed to be prophecies. In the end every word he gave was positive and uplifting and there was not one time he rebuked someone for their sins. Unlike the prophets of the Bible he seemed simply to be a spiritual cheerleader. Just as I doubted there were that many demon possessed Christians at Camp CFO, I also doubted that there were that many saints at the prophet’s meeting.

Group-think can also dominate healing ministries. It is why it is so often accompanied by music both before and even during in order to create a vulnerable mood or atmosphere. When you add to that someone in authority claiming to sense a need in the room then group-think begins. As an Anglican priest I believe in healing. Unction is one of the Sacraments of the Church. But healing should be ministered in a sacramental manner and not in the context of group-think with manipulative music in the background.

When you read the healing ministries of the Apostles they frequently did so in the context of preaching that Jesus is the Christ. Then in His Name they lay on hands and prayed for healing. Never do you read of them saying, “Someone has a tumor somewhere in their body.” While some claim such an approach is operating in a word of knowledge, it is doubtful. Why would the Lord, if He were about to heal someone, be so vague? It comes across as a parlor game and is uncomfortably close to the charlatan’s technique, “Does the name George mean anything to you.” As Anglicans we anoint with consecrated oil, lay hands, pray and leave the results to the Lord. A rite for this is provided in The Book of Common Prayer.

If you watch the televangelists or see clips of movements like the “Toronto Blessing” it becomes obvious how easy it is to confuse the work of the Holy Spirit with group-think. Such confusion not only misrepresents God but can be spiritually, psychologically and even physically dangerous. For example if you quit taking your medicine because it has been prophesied that you are healed then it could have dire consequences. Such abuses also can be a stumbling block to the unbeliever. It is why St. Paul ended up writing two letters to the Corinthian church to bring them back into order.

Because of its power and its danger, it is important that we resist group-think from invading Anglicanism. But how do we avoid group-think and yet make room for the Holy Spirit to do His bidding? The answer across the ages, and across the world, has been in the liturgy. Liturgy brings order to the Church and prevents her from being misled and controlled by charismatic leaders. Because the liturgy points us to God and because the Rites of the Church as so heavily infused with Holy Scripture, there is plenty of room for the Holy Spirit to operate.

Jesus said that we are to worship God in Spirit and in truth. Liturgy points us to the truth and protects us from chasing feelings and drowning in a sea of subjectivity. I tell folks, only half jokingly, that in the Jesus Movement days if the worship was going flat, all we had to do was play something in D minor to make it sound Jewish and people would be convinced that the Holy Spirit just showed up. Liturgy protects the people from this kind of manipulation.

Liturgy is also a great unifier in the Church. In my experience, one thing done right in The Episcopal Church, was when we gathered at Convention we gathered around basic prayer book and hymnal worship. No doubt Charismatics left wishing the worship had been more spirited, Anglo Catholics missed their smells and bells, and Evangelicals longed for more expository preaching. But we all knew the same prayer book and we all knew the same hymns and that brought us together even during times of great differences.

As Anglicans we have such a rich liturgical heritage to offer the Body of Christ. In fact no one else has what we have to offer. The prayers of the prayer book set the bar so high that we could spend the rest of our lives making them become prayers that we incarnate. Therefore we should jealously guard our heritage and keep it from being diluted or hijacked by other traditions that are completely foreign to our beliefs and ethos. We need to uphold common worship through Common Prayer and the accepted Rites of the Church. I had a chance to experience this in a powerful way.

We were vacationing in Switzerland and Beth became ill. So I hopped on a train and went to Bern for Mass. The day before we had discovered an Old Catholic Church that had broken from Rome in the 19th C and with which we were in full communion. I do not speak one word of German but because they were following the liturgy of the Church I knew exactly where we were in the service and was able to worship along with them. Anglicans should have the same opportunity in ACNA. We should be able to travel from the deep South to California, and apart from the typical parochial idiosyncrasies, be able to know were we are in the liturgy, and absent of group-think, worship our Lord in Spirit and truth.

2 thoughts on “Charismata Vs. Group-Think”