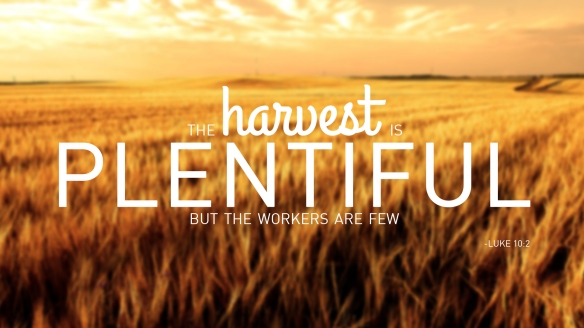 According to an article last year in Forbes Magazine 90% of all start up businesses fail. I knew that it was high but I didn’t expect it to be that high. So from a purely secular point of view the chances of the brand new Christian church surviving for even one generation was minimum at best. But the idea that Jesus’ startup would continue to expand 2,000 yrs later would be beyond anyone’s imagination. And yet here we are today, built upon the foundation of the apostles and prophets proclaiming the faith that has been once and for all delivered to the saints.

I submit to you that a major part of the success of the Church was due to the miraculous transformation of Jesus’ ragtag band into the Apostles that we so highly revere today. This Gospel lesson gives us insights into how the Lord did this transformation in their lives. Fr. BE preached recently about us having turning points with the Lord and it is my hope that as we look at their transformations that we may discover some turning points for ourselves.

The first thing that we can see Jesus doing to transform the disciples is to call them to prayer. I hope that I am not being irreverent in saying this but it seems to me that our Lord was being a wee bit sneaky here. He tells them that the harvest is plentiful but the laborers are few so He calls on them to pray to the Lord of the Harvest to send out laborers into the fields. Question: who is it that will be sent out as laborers into the harvest as an answer to their prayers? The disciples, right? So He is really having them pray for themselves. Why should prayer come first?

Several years ago I was at a conference in Columbia Tennessee and attending with me were an Episcopal priest and a Presbyterian minister from the same small town. Over lunch I asked them what they were doing to grow their churches and they replied, “Nothing.” That surprised me and so I asked why not, and they replied that they sat down together and did the math. They said that statistically, in a town their size, only about one third of the people were going to church. And of that one third the vast majority were attending fundamentalist churches. By their calculations only about 3% of the 1/3rd would be interested in liturgical worship, and since they represented the only two liturgical churches in town, they concluded that they were competing over just a handful of people. They didn’t think that it was worth the effort and that is why they did not bother to try to grow their churches.

I had a friend who was a priest in Dayton Tennessee, where the Scopes trails were held. He called himself the Vicar of all Monkeytown. He did what he called Wal-Mart evangelism. He would hang out at the Wal-Mart and when someone would ask him about his clerical collar he would engage them in conversation and before they knew it they were attending his church. This priest regularly baptized more adults than he did infants. He used to say that evangelism is not difficult; all you need is a bucket of water and a pagan. It may not be quite that easy, but first we need to pray because we are not used car salesmen closing a deal. We are ambassadors who represent the King of Love bringing Good News to all people. We need to get our orders from the King.

After calling them to pray, Jesus gives them an assignment. He tells them that He is sending them out as lambs among the wolves and they are not to carry a purse or bag or sandals and they are to live from the benevolence of others.

In his wonderful book The Training of the Twelve, AB Bruce points out that the conditions Jesus placed upon this particular commissioning were not permanent. We are told at the end of Luke’s Gospel, when Jesus sends them out for the last time, Jesus says, “But now if you have a purse, take it, and also a bag; and if you don’t have a sword, sell your cloak and buy one. Lk 22:36” Obviously by this point in their training they had learned to trust the Lord in such a way that they would not rely on their purses or bags or swords so it was safe for them to take those things along. But in this earlier commissioning they could not do so in order that the valuable lesson of trust would be learned.

When I was in college I met regularly with a man who was discipling me at a pivotal point in my life. I was wrestling with a whether or not I was called to ordained ministry and after praying about it for some time and getting no direction I became very frustrated. I complained to my spiritual director. It seemed to me that if I was willing to serve, the least the Lord could do is to make it plain whether or not it was His will. In a rebuking tone the spiritual director said to me, “No Ray you are not asking for discernment, you want a map to come out of heaven to show you how the rest of your life is going to go so that you don’t have to walk by faith.” His words stung and they made me a little angry but I also knew that he hit the nail on the head. I was looking for assurances. I wanted to know that if I went this route that it would be successful. I didn’t want to hear that I had to trust. I certainly didn’t want to hear that I was being sent out as a lamb among the wolves.

Please know that if you are not called to ordained ministry that you are still not exempt from also learning this important lesson of trust. If you want to be a transformed person, who makes a difference in this world for the sake of the kingdom, then you need to know that there are no shortcuts. Your every day lives are filled with opportunities to cultivate trust as opposed to self-reliance. When you start your day with prayer you are confessing your reliance upon the Lord. When you offer thanks throughout the day you are acknowledging that it is not by your might but by His Spirit that you go forward. When you bring your tithes and offerings you are proclaiming trust that it is all His anyway and you are only returning a portion of what is His. When you pray for your spouse, your family and friends you are entrusting them to the Lord who alone is their rock and their salvation. When you share with someone the Good News of God in Christ you are demonstrating your trust that His Spirit will use your words to penetrate their hearts. When you take a stand for the truth and refuse to be a part of lies, knowing full well that you will pay a price for that stand, you demonstrate your trust that His rod and His staff will comfort you. Genuine trust in the Lord is like the powder milk biscuits commercial. It “gives shy people the courage to get up and do what needs to be done and it’s pure mostly.”

The other thing that we see the Lord is doing in this transformational training of the disciples is that He focuses their message. He tells them to tell others that the kingdom of God has come near and He tells them further that if anyone rejects them they also reject Jesus and if they reject Jesus then they also are rejecting the One who sent Him. That is pretty blunt and there is nothing pc about it. It is another way of His saying. “I am the Way, the Truth and the Life, and no one comes to the Father except by Me.”

We need to key in on this focused message because much of the Church, if it still is the Church, is waffling badly. I saw an article by the top leader of a main line denomination called Pondering the Great Commission. Given this weeks lessons I was hoping to be given new insights. Instead it was the antithesis of Jesus’ clarity and focus. The author asked the question why we would seek to baptize other people and rather than saying, “because Jesus told us to in the Great Commission” the conclusion was that we should NOT seek to baptize others but rather “graciously recognize that God is at work in the world around us.” Last week another major mainline denomination opened their biannual General Assembly by praying to the Muslim god Allah. Jesus sent his disciples out like prophets to preach repentance for the kingdom of God is at hand and these folks go out to like Mr. Rogers to tell everyone that God loves them just like they are and that they don’t need to change.

The difference between these two messages could not be greater and as we might expect the results of these two messages are also very different. The mainline churches in the United States that preach this universalist message are in serious decline. Meanwhile the churches around the world that are preaching the focused message that Jesus gave to the Apostles are healthy. The Anglican Church of Nigeria, where the Gospel is preached without compromise, tripled under Archbishop Peter Akinola. What is even more amazing is that while the harvest fields in Africa include horrifying conflicts with Islam, according to aljeera.net, they are seeing 16,000 Muslims a day convert to Christianity. That is nearly 6 million per year! God says that His Word never returns to Him void but accomplishes the purpose for which He sent it. If we will send out a clear word then the Lord of the Harvest will be able to use it. If we water it down and make it pc then it will no longer be the Word of the Lord and therefore profitable for no one.

I came across an article that offered an interesting theory. About 30 years before our War for Independence Anglican priest George Whitefield traveled our land preaching the uncompromising Gospel of Jesus Christ. Traveling from New England to Georgia he preached over 18,000 sermons. Benjamin Franklin was fascinated by him and reported that on one occasion Whitfield preached to over 20,000 people on Boston Commons. People were converted and had their faith renewed by the tens of thousand and this article suggested that it was this spiritual awakening that paved the way for the American Revolution. Why? Because once people tasted spiritual freedom through Jesus Christ they longed for political freedom as well.

It is this life changing and nation changing and even world changing Gospel that Jesus called His Apostles to preach. But these calling narratives are not given to us in Holy Scripture to reminisce about the good old days. They are given to us instruct us about our own callings as well. While none of us are called to be Apostles with a capital “A” we are called to be small “a” apostles in our own worlds; with our families, with our friends, with our coworkers. An Apostle is simply one who is sent and Jesus continues to send out workers for the harvest. The harvest is still plentiful and the workers are still too few so lets add some more workers. Amen.