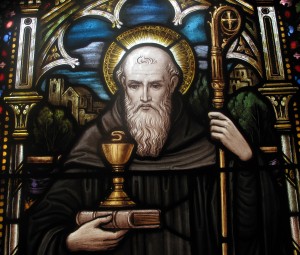 Anglicanism played a key role in our struggle for independence. Paul Revere hung his lantern in the bell tower of Christ Church, Boston to warn that the British were coming. Anglican Patrick Henry gave his famous speech, “Give me liberty or give me death” in St. John’s, Richmond. Anglican Richard Henry Lee first proposed that a Declaration of Independence be written. Anglican James Madison was the father of the Constitution, Anglican John Paul Jones was the father of the American Navy and of course the father of our nation, George Washington, sat on the Vestry of his parish.

Notice in your bulletin that just before the war broke out the Continental Congress called the colonies to a day of prayer and fasting, calling on God “to forgive our iniquities, to remove our present calamities, to avert those desolating judgments, with which we are threatened…” and they ended the call by saying “And it is recommended to Christians, of all denominations, to assemble for public worship, and to abstain from servile labour and recreation on said day.” The Congress called on Christians of all denominations to fast and pray and to stop work and assemble for public worship. Can you imagine that happening today? How far we have fallen.

I have to admit to a deep grief coming upon me last week when I heard that the Supreme Court had in essence changed the definition of marriage throughout the land. I believe we crossed a very significant moral line last week. What God calls sin is now legally sanctioned and I thought of the statement years ago from Billy Graham’s wife who said, “If God does not judge America, He is going to have to raise up Sodom and Gomorrah and apologize.” The two pictures in the news that were icons to me of our present condition were the one of the White House being bathed in the rainbow colors of so called gay pride and the other of the 10 Commandments that the State Supreme Court said must be removed from the Oklahoma capital. We can celebrate immorality on government property but we can’t honor God.

I know that nothing is impossible with God and that, as He did in the first and second Great Awakenings, He could turn this nation around. But I also have to admit to my doubts that this is going to happen. I may be wrong. I hope that I am wrong. But my gut tells me that we are Christians living in a post Christian America and we need to think through the implications of that reality and prepare ourselves accordingly. What are we to do?

There is much talk on the Internet of what is being called “The Benedict Option.” It is particularly discussed among Roman Catholics. This, by way of explanation of the Benedict Option is an excerpt of one such article.

“The question…to talk about (is) whether America is headed the way of the Roman empire. Bureaucratic decay, massive public debt, an overstretched military, a political system seemingly incapable of responding to challenges—the late Roman empire suffered these maladies, and so, some fear, does contemporary America…Rising hedonism, waning religious observance, ongoing break-up of the family, and a general loss of cultural coherence—to traditionalists, these are signs of a possible Dark Age ahead.

Christians have been here before. Around the year 500, a generation after barbarians deposed the last Roman emperor, a young Umbrian man known to history only as Benedict was sent to Rome by his wealthy parents to complete his education. Disgusted by the city’s decadence, Benedict fled to the forest to pray as a hermit.

Benedict gained a reputation for holiness and gathered other monks around him. Before dying circa 547, he personally founded a dozen monastic communities, and wrote his famous Rule, the guidebook for scores of monasteries that spread across Europe in the tumultuous centuries to follow….

They did not keep the fruits of their labors to themselves. Benedictines taught the peasants who gathered around their monasteries the Christian faith, as well as practical skills, like farming. Because monks of the order took a vow of “stability,” meaning they were sworn to stay in that place until they died, Benedictine monasteries emerged as islands of sanity and serenity. These were the bases from which European civilization gradually re-emerged.”

Some have been inspired by this option and are now setting up physical Christian communities to both retreat from the insanity of the world and to act like lighthouses to call people to safety when they realize that their lives are nearly shipwrecked. It is an interesting concept and is one that has worked before. If I may be so bold, however, I would like to suggest a Benedict Option 1.2

First I’m not convinced that we need to move physically into Christian communities. That may be the calling for some, but that was not the pattern of our Lord. He didn’t retreat from the culture, He immersed Himself in it. To the offense of the religious folk, he ate with sinners and tax collectors and He traveled throughout their towns and villages and stayed in their homes.

But where I do think that this option has something to offer us as Christians in a post Christian America is in how we view ourselves. The monks saw themselves as taken out of the world in order to serve in the world. Jesus prayed for His disciples who were in the world but not of the world. Romans 12 says that we are not to conform to the patterns of this world but we are to be transformed by the renewing of our minds. We may not have to physically remove ourselves from the world but we need to spiritually and mentally detach ourselves and live as citizens of the kingdom.

To be honest we have not done a good job of this as Anglicans. Years ago, even when the Episcopal Church was solid in its orthodoxy, it was known as the “country club in prayer.” It was not uncommon to find folks who were good and faithful churchmen but if they were arrested for Christianity you would be worried if there was not enough evidence to convict them. Many Episcopalians would rather be called a heretic than tacky. We were so busy trying to fit in with the world that you could not distinguish us from the world.

Thus as Anglicans we need to be even more intentional about seeing ourselves as IN the world but not OF the world. We need to think of ourselves as missionaries to America and strategize and discern ways to serve those who are products of a post Christian society. What we must remember is that while many celebrate the breakdown of our society that breakdown will eventually impact their lives and the Church needs to be ready to help them find their way back home.

Benedict’s rule was unique in many ways not the least of which was the vow’s of the monks. The typical vows were for poverty, chastity and obedience but his monks vowed obedience, stability and conversion of life. I believe that having a similar and more clear understanding of our calling will also help us live as Christians in a post Christian America.

First is obedience. Benedict had a saying, “Prefer nothing to Christ.” That is so true and so our first obedience must be to Christ. But it does not stop there. Because the Holy Scriptures are His Words, we are to be obedient to the Scriptures.

After the Supreme Court ruling it was the trend on Facebook for supporters of their decision to color their profile picture in rainbow colors. So many did so that I felt like a milk dud in a box of skittles. But I have to say what shocked and saddened me most was how many Christians did so, oblivious to the fact that they were taking a public stand that was contrary to God’s Word.

One person wrote me and asked who I thought I was to define sin and then asked “isn’t Christianity to be all about love anyway?” I replied to her that I did not define sin, God did by revealing His will through the Holy Scriptures. Also I asked her how it would be loving of me to promote a lifestyle, that according to God’s revealed will, would keep a person out of the kingdom of God? How is that love?

The amount of biblical illiteracy is staggering. We can’t obey Christ if we do not know Him personally and we cannot obey Christ if we are ignorant of His Word. Obedience requires discipline and that involves faithfulness in prayer and Scripture. That is very Benedictine.

Next is stability. Just as the monks were committed to remain in their communities for the rest of their lives, so we need to remain committed to the community in which the Lord places us. It is tempting, with all of the insanity in our country, to want to move to some place like Belize and just sit on a beach. But Jonah is a great reminder that we cannot run away from the Lord or from where He calls us to be. If He wants us in Nineveh, is makes no difference if we want to go there are not. The first vow of obedience means we go to Nineveh. If He has placed us here at this time, then we are here for a reason.

The vow of stability is especially important when things get tough. People find all kinds of convenient reasons to quit but if you bale out on Good Friday, you never get to experience Easter Sunday.

I believe that there is a possibility that we are seeing the beginning of the end for America. If that is so we need to cling to our vow of stability and be like the chaplains on the Titanic who remained behind and sang hymns while the ship sank. Our job as Christians is not to escape discomfort. Our job is to be a witness to the Lord even if and especially if the ship is sinking.

The third vow is conversion of life. To me this is ingenious. If you only had obedience and stability then your life would easily become a rut and a rut is just a grave with both ends knocked out. Obedience and stability keep you put, but conversion of life brings about change while you are staying put. As we offer our souls and bodies to the Lord to be living sacrifices, He molds us and shapes us and changes us to ever be more effective for His kingdom. Sure change can be difficult but it is what life is about. Nothing remains the same but the good news for those of us in Christ, as the Scripture says, we go from glory to glory. We need to see ourselves as disciples, always learning and growing and changing and moving deeper into the hope God has given us.

A Canadian pastor, who has been living with Canada’s redefinition of marriage for 10 years put up a post that offers us the wisdom of experience as we make our way forward. Here are 5 brief points to help us keep a proper perspective.

This last one I want to speak to so that it does not lead to confusion. He does not mean that taking a moral stand is judgmental. He was referring to all of the anger and personal attacks that happened on social media the first 72 hours after the Supreme Court ruling. We will never attract non Christians and sinners into the Church by attacking them just as we won’t attract them into the Church by being just like the world. Like Jesus the Church should be full of grace and truth.

1 thought on “July 4th and Benedict Option 1.2 : Being a Christian in Post Christian America”